For many years now, Paul Dezentjé has been a valued contact and friend of platform and webshop Archivio85 as well as beyond on a private level. In the age of envy and outdoing each other with possessions, Paul is a beacon of modesty. When I complimented him on his photos of the C.P. Company SS22 campaign, he admitted that he never saw himself as cool. Besides the fact that we at Archivio85 have thought him being cool for years, Lorenzo Osti, son of the legendary Massimo Osti and current president of his father's brand C.P. Company thought the same, or he wouldn't have asked Paul and his former employer and friend Harry for the campaign. See Paul's contribution to this campaign HERE on the website of C.P. Company.

Paul has also played a major role in connecting Archivio85 and the Osti studios where we are now the official point of sale for the book Ideas from Massimo Osti. See this indispensable book for the enthusiast HERE in our webshop.

Below is a photo of Paul in the old Osti archive in Bologna, way before anyone knew there was an archive at all. Before the Ideas from Massimo Osti book was completed, Paul had the opportunity to visit the archive and write an article for the Dutch Bright magazine. In this article, Paul was the first to share the now iconic image of Massimo Osti with the purple/pink SS '988 Ice jacket. Thanks to Paul we can offer you as followers of Archivio85 this article in PDF as a download HERE. 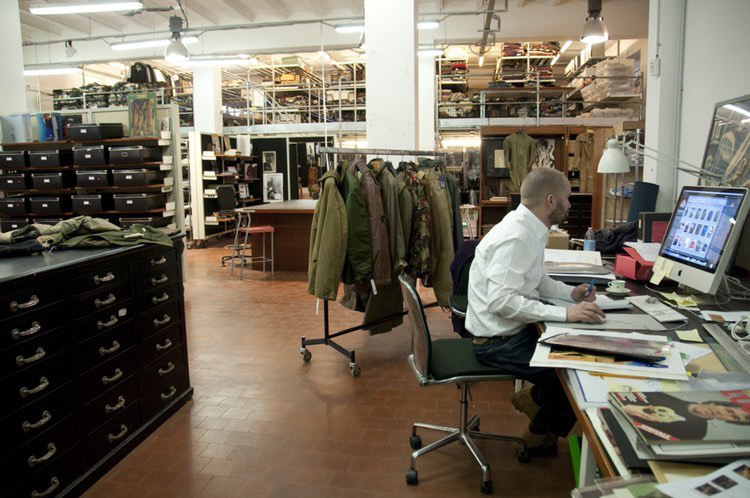