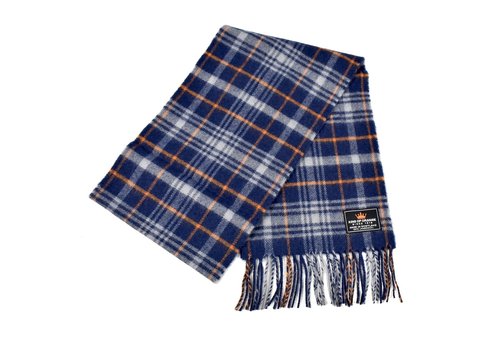 The story behind King of Orange goes back to the year 2007. At that time brand owner Dave had a store with casual clothing. Its specialty, British designer clothes. A customer who was regularly found in the store asked why there are no brands in the Netherlands comparable to our British pioneers? In England, football culture has a beautiful subculture of clothing styles with it, which has started its own way since the mid-1950s. Groups such as the Teds, Mods, Skins and Casuals were the main trends in the 60s, 70s, 80s and 90s. These groups have ensured that their choice of clothing became an important item in the British fashion industry. In addition to clothing, music also plays an important role in this, such as The Who, The Specials, Madness and Cockney Rejects.

In the Netherlands this subculture was there too, but it was all at a slightly lower level. In the 70s and 80s, it was mainly the Skins who distinguished themselves in a particular clothing style. At the end of the eighties, partly because of the house music, the casual scene in the Netherlands really got bigger. With, among others, Scott bomber jackets, Oxbow t-shirts, Chipie jeans, Australian and Fila tracksuits, Ellesse, Adidas, Nike Air Max were popular clothing brands at the time. The Netherlands became acquainted with a new group of young people, the football casuals. No longer recognizable by their football shirt, scarf or tracksuit from their favorite football club, but well-dressed or in other words, gave a “fashionable” touch to their clothing choice.

King of Orange originated from passion, passion for football and passion for clothing. Not under the guise of, “we invent a nice name and make it a hip brand”. No, the question why there is no Dutch brand that can be comparable to the clothing styles in the United Kingdom, has been the basis for what King of Orange stands for. What is really Dutch now? What connects us? A clothing brand that is more than just a piece of fabric. Tulips, windmills, cheese, ect. are definitely Dutch. But not what can give enough meaning to the ideas the brand and its owners have in mind. The passion for the United Kingdom, football, clothing design and interest in Dutch history, must be a good mix for a new clothing brand.

“King of Orange Since 1815” refers to the first King of the United Netherlands. Besides the name, the brand would like to make something beautiful, which we as Dutch people can be proud of it. The rich history of the Netherlands, Orange and the national flag(s) will be the basis for our designs. Made with passion, worn with pride!

Keep it Orange, King of Orange!